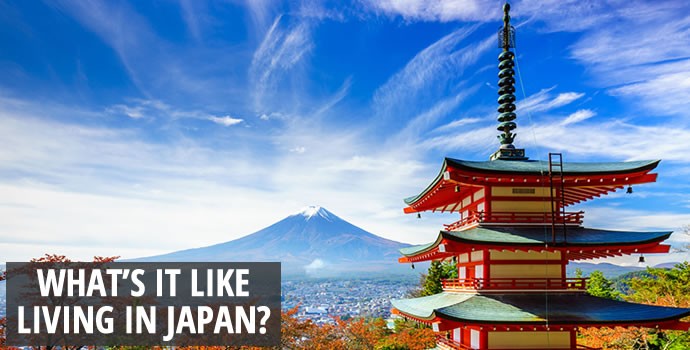 What’s It Like Living in Japan as an ESL Teacher?

“If there is an ideal time to visit Kyoto, it’s early April. With the cherry blossoms in full bloom, the city takes on an otherworldly persona. Despite the throngs of visitors, which provide continuous people-watching opportunities, there is a sense of calm, stillness, and peace as you pause to marvel at the exquisiteness of the cherry blossom, a shape simple yet intricate at the same time, gently shaded in pastel pink. You might experience the realization that you did not know the true meaning of beauty until this moment.”

Japan is one of the strongest ESL markets in the world, from housing, to transportation, to food, etiquette, and culture. Here you will find out what it is like living in Japan while teaching English abroad. The ‘Land of the Rising Sun’ is a welcoming destination for many ESL teachers looking for employment and adventure in an exciting new culture. Japan has the perfect blend of ancient customs and cutting edge technology. From Tokyo to Tokushima, Japan offers big, bustling cities and quiet, rural communities.

The country is perfectly situated for trips to Bali, Hong Kong, Thailand, Vietnam, and other exotic locations as the strong yen makes traveling outside of Japan very inexpensive. Explore the ancient temples and geisha culture of Kyoto, relax in a hot spring, or take in the bright lights and stylish boutiques of Tokyo’s Ginza shopping district.

Finding a Home in Japan

Houses in Japan are generally smaller and very different from homes in the US. In Japan, the letters LDK are used to identify whether the house has a living room (L), dining area (D), and kitchen (K). For example, a 2DK apartment has two bedrooms, a dining room, and a kitchen.

While many modern apartments have Western style bathrooms, older apartments have “squatters” (toilets on the ground). Newer apartments tend to have a bath unit, which includes everything in one room. The bath units are covered with tile or plastic inserts, so don’t expect shower curtains or dividers.

Shared, dorm-style units and single bachelor suites are also common while teaching English in Japan. These often contain a futon mat which is stored in a closet during the day. Apartments are not usually insulated, so space heaters, electric floor mats, and Kotatsu (small tables with built-in electric blankets) are used to keep warm. Some contracts may include paid airfare depending on the employer and length of contract. It’s common for employers to reimburse teachers for the cost of their airfare after they have fulfilled the contractual agreement, often in the form of a contract completion bonus. Therefore, ESL teachers should plan to pay for airfare, at least initially, before being reimbursed by their employer.

Since 2007, the majority of ESL teachers are enrolled in the Japanese Employee Health Insurance system, Shakai Hoken. Although this usually provides subsidized health benefits, it could still be worthwhile for an ESL teacher to have additional coverage from their home country. It’s essential to establish what coverage you have, before departing for Japan. For further information regarding Japan’s health benefit system, visit Japan’s Health Insurance Bureau.

Japan is a technologically advanced country. ESL teachers should have no problem accessing the Internet or computers in Japan, as most work places will have Internet access; however, setting up home Internet can be a fairly drawn out and lengthy process. In the meantime, it is possible to access the internet with mobile phones, wireless hotspots, and internet cafés.

The train is the most popular mode of transportation in Japan. It’s fast, frequent, and comfortable, but can be expensive. The Japanese National Tourist Organization (JNTO) provides English timetables for all major trains.

HyperDia is a useful English website that provides users with the schedule, traveling options and cost to travel between the two stations. Subways are very clean, efficient and affordable, but can be extremely crowded during rush hour. Bicycles are a very common mode of transportation among Japanese nationals and foreigners alike. If foreigners choose to purchase or rent a bicycle, it’s important to become familiar with Japanese traffic regulations and signs.

The bus can be a difficult mode of transportation for foreigners. Unlike the train and subway system, timetables are rarely in English. However, when travelling long distances, the bus can be a very cost-effective option for teachers when compared to the train. Japan has many unique customs and rules of etiquette. You should try to learn some of the customs before arriving in the country.
The bow is a common greeting. Mastering the bow takes years of practice and can convey a variety of different messages. For example, the longer and deeper the bow, the more respect is expressed. Other examples of common etiquette include:

While locals don’t expect foreigners to be aware of etiquette, you should attempt to follow common eating practices to show politeness and courtesy.

Chopsticks hold a very special place in Japanese culture; take care to observe the following rules when using them: What to Eat in Japan

Japanese cuisine is one of the highlights of living in Japan. The dishes and flavors vary greatly so be sure to explore some of the dishes below!

Most major Japanese cities have specialty food or import stores that supply American foods. Just be aware that buying American food is much more expensive than buying Japanese food, so be adventurous and try the local cuisine!

Japan has a very complex climate. While it has four distinct seasons, the weather will depend on the location. How to Get a Job Teaching English Abroad in Japan

Oxford Seminars’ Job Placement Service provides assistance with finding teaching jobs at ESL schools in Japan and around the world. We have formed partnerships with language schools worldwide that are searching for certified ESL teachers. Our Job Placement Advisors provide timely job placement assistance to help make your experiences abroad as rewarding as possible.

To learn more about teaching English in Japan, download our Course Guide, or attend a free information session near you!

Great Ways to Save your Money in Japan

Where are the ESL teaching jobs abroad?

3 Reasons Why You Should Be Careful While Driving in Laos