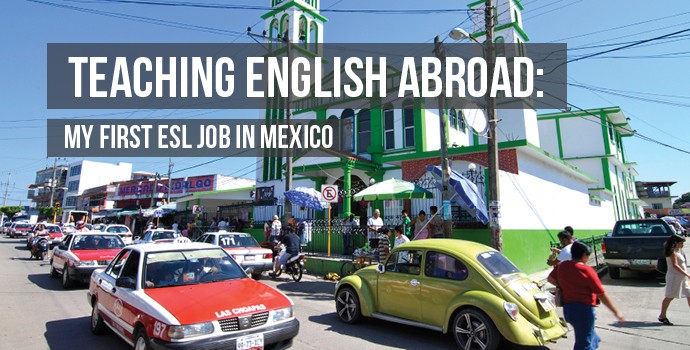 The pyramids of Monte Alban, Oaxaca. Photo by Robin Garnham

Reactions are split when I tell people that my first ESL job was in Mexico. There are those that gasp and ask how I survived, and there are those that express desire to experience a little Latin culture themselves. Even for me, Mexico conjures up many different images and emotions. On the one hand, it is filled with brightly painted colonial houses, haciendas and friendly locals.  At the same time, however, it is impossible to ignore the grinding poverty, ineffectual government and drugs. In León, Guanajuato, I saw some of both of those worlds. View across the city of San Miguel de Allende. Photo by Robin Garnham

I had wanted to teach in Ecuador, but when I received an offer to work as a language assistant in Mexico, I took it immediately. Three weeks later, I was getting off a transatlantic flight in Benito Juarez International Airport. “How did I get here?” I thought, as the taxi plunged into the seething chaos of Mexico City. I had so many emotions including hunger, anxiety and jet lag mixed with excitement, anticipation and joy as the cab driver sped through red lights and rattled over pot holes.

After a few days of orientation in Mexico City, I was bundled into a car and sent off to León, Guanajuato. The city was big, industrial and gray, and not the type of place Mexicans put on postcards.  The euphoria of arrival gave way to confusion and frustration. From immigration, I was passed to the bank, then the civil registry, the police station and the city administration, and then back to immigration. As a result, I got to know the immigration office very well.

Although not the prettiest of places, being in León really allowed me to come to grips with Mexico and its culture. A lack of tourism meant that no one ever tried to speak to me in English. My Spanish rapidly improved, and I started to make friends. My best memories are cruising around the city with my friend Monze and stopping for a beer or some gorditas. I also enjoyed just chatting and encouraging her to say even one sentence in English. Being an Englishman, I was brought up to respect order and punctuality above all else. Being spontaneous was not one of my strong points. The first weekend I was in León, we popped out for a bottle of milk and somehow did not return to the house for twelve hours. With each hour my frustration grew, and my attitude ruined a potentially enjoyable day. With time, I learned to relax and was not thrown off by a mid-afternoon coffee turning into an all night party!

The decision to move to Mexico has shaped the course of my life. Whether it was for the better or for the worse is impossible to say. One thing I can say with confidence is that my life would have been duller without the experience. Almost nothing went according to plan, but the rough parts taught me just as much as the smooth parts did. I suppose the ultimate demonstration that it did not go all that badly is that, five years later, I am still an ESL teacher! Learn how you can become one here.

Chinese Culture 101: Understanding How to Live as an ESL Teacher in China