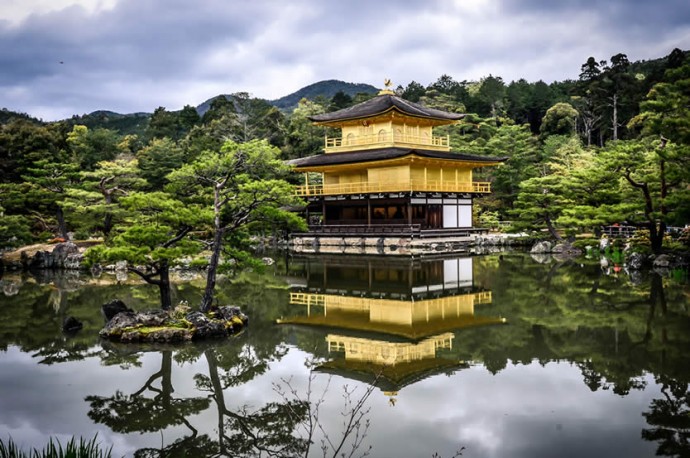 How I got started teaching English in Japan – Video

Matt, an ESL teacher, talks about how an unexpected opportunity to teach English in Japan got him out of an unfulfilling job and into a life-changing new experience, as well as how a trip to a Japanese punk club became one of his favorite memories from teaching English abroad.

Matt’s new-found love of teaching ESL abroad turned his initial plan for a one-year adventure into 13 years of traveling and teaching English in Japan.

Watch the video or read more below

How I got started teaching English in Japan

“I’d only intended to stay for a year but ended up staying for 13 because I enjoyed it so much.”

Hi, my name’s Matt and I taught English in Tokyo, Japan for 13 years. I had just finished university and I was working a job that I really didn’t enjoy in a gas station. It involved early shifts, so I was waiting for the bus one morning, probably about 6:00 or 7:00 am and I suddenly ran into a guy I’d gone to university with. I asked him what he was also doing up so early and he mentioned that he was off to an interview for a job teaching English overseas in Japan.

It had never occurred to me that that was something that you could actually do and it just sounded so exotic that I kept thinking about it all day at the job. I looked up the company name and gave them a call and asked them what it would take to apply. They explained, I went through the application process, and then suddenly I ended up in Japan.

I’d only intended to stay for a year but ended up staying for 13 because I enjoyed it so much. Learning how to live in a new country

“I decided to embrace the challenge as part of the adventure…”

My first few months in Japan were definitely a shock to my system. I had never lived anywhere like this before. I didn’t speak any Japanese when I first arrived, and I couldn’t even use chopsticks, so everything was a bit of a challenge.

I decided to embrace the challenge as part of the adventure. I started random conversations with people on the street or shopkeepers; I would try any type of food that was put in front of me. I discovered very quickly that some of it I liked more than other things, and I became pretty adept with chopsticks pretty quickly.

I would say that it can be a shock, but as long as you enjoy the challenge of it, you’ll find that living and teaching ESL overseas is a very rewarding experience and you will adjust to your new life quite quickly. An unexpected visit to a Japanese punk club: My favorite memory from teaching ESL in Japan

“It was so much fun and it really just showed me that no matter where you go in the world, there are really good people, and you should just kind of go with the adventure sometimes.”

One of my favorite memories of living in Japan happened only a couple weeks after I’d moved there. After work a few coworkers and I had gone out and unfortunately we missed the last train home. That was the night that I learned how efficient Japanese trains are. If the schedule says the last train is at 12:38 am, they really do mean 12:38 am, not 12:39 am or 12:40 am.

It was a cold, rainy, miserable night, so we were hanging around outside the train station wondering what we were going to do until the first train at 6:00 am the next morning, when a group of Japanese punks walked by, they all had Mohawks, big boots, and ripped shirts and all of that.

At first we were a little nervous but they all had big smiles and they all indicated to us that we should go along with them. We did, and they ended up taking us to this crazy, little, hardcore, Japanese punk nightclub. They paid our cover charge. They gave us food, and they hung out with us all night.

It was a crazy club playing this loud, heavy, punk music, but every half hour or so the DJ would suddenly throw on “Kokomo” by the Beach Boys. Whenever he did, EVERYONE would get up and dance, including the bar tenders, the staff, everyone.

It was so much fun and it really just showed me that no matter where you go in the world, there are really good people, and you should just kind of go with the adventure sometimes.

Matthew Snell wasn’t enjoying his post-university job in a gas station, so he decided to go teach English in Japan for a year. He ended up staying for over a dozen. He still prefers to eat his spaghetti with chopsticks when no one is looking.