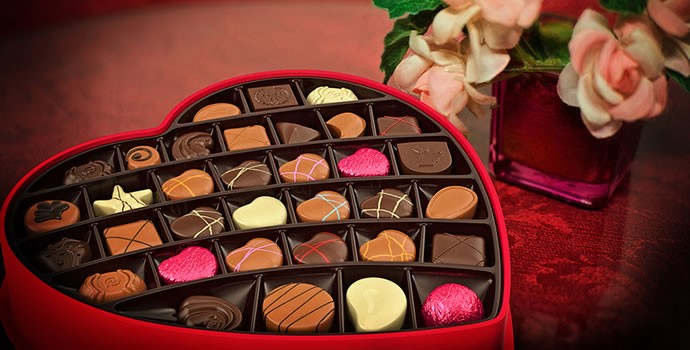 Fall in Love with Travel – Valentine’s Day Around the World

With Valentine’s Day almost here, it’s time to make those last minute dinner reservations, or buy those chocolates you were supposed pick up. Or, maybe it’s time to get comfortable on the couch and get caught up on Netflix.

But what if you want to try something new this Valentine’s Day and celebrate in a whole new way? You’re in luck because different countries around the world celebrate a wide variety of holidays both similar to and vastly different from Valentine’s Day. ESL teachers abroad have an opportunity to celebrate them all. A couple taking a walk in a traditional Japanese garden

Japan celebrates Valentine’s day differently than in America. Rather than one holiday where you go out for a romantic dinner or give gifts to your partner and your friends, the Japanese divide the holiday into two separate days.

The first, Valentine’s Day is noticeably different in that only women give gifts to celebrate the holiday. Women will typically purchase or make chocolate for their husbands or partners. Chocolate may be given to male friends, colleagues, or employers as well.

The second holiday, “White Day” is celebrated on March 14th and reverses the gift and chocolate exchange. On White Day, men give chocolate and other gifts to women to show thanks for the chocolate they received on Valentine’s Day. As the name suggests, white chocolate is an especially popular gift on White Day. Chocolate is a very popular Valentine’s Day gift in Japan, much like it is in the US.

Like in North America, Valentine’s Day and White Day are also important for businesses. Many hotels and restaurants offer special packages and promotions to celebrate the holidays. Between the two days, the country spends almost $100 million USD on chocolate alone.

More about Valentine’s Day in Japan: China celebrates Valentine’s Day, as well as many other romantic holidays, like the Lantern Festival.

If you thought Japan’s two Valentine’s day holidays sounded great, then China should be even more to your liking. China has several romantic holidays throughout the year, with many competing for the title of “China’s Valentine’s Day.”

One such holiday is the Qi Xi Festival, which occurs on the 7th day of the 7th month of the lunar calendar. Today, the holiday is celebrated much like Valentine ’s Day, with couples exchanging gifts or going out for a romantic dinner.

The origins and traditional celebrations of the holiday, however, are much more varied. The holiday originated with a Chinese folktale about a goddess, Zhi Nu, who married a mortal farmer named Niu Lang. However, Zhi Nu’s mother disapproved of their marriage and took her daughter back to heaven. The folktale centers on Niu Lang’s quest to get to heaven and reunite with his lost love.

Some of the traditional celebrations of the holiday include: hanging wild flowers on ox or cow horns (to honor the old ox god who helps Niu Lang travel to heaven), or offerings of food to Zhi Nu. Another holiday often referred to as “China’s Valentine’s day” is the Lantern Festival. Held on the 15th day of the Lunar New Year, the Lantern Festival sees participants release bright colored lanterns into the air as a symbol of good luck and romance. Festivities are held throughout the country and include large parades as well as smaller family gatherings.

On top of these two holidays, China also celebrates the Western Valentine’s Day on February 14th.

But what if you’re single on Valentine ’s Day? China has you covered. Singles Day is held every November 11th and is the world’s biggest day for online shopping.

Singles Day started out as a sort of protest holiday against Valentine’s Day, but has become a day for huge online shopping discounts similar to Black Friday or Cyber Monday in the US, but bigger. According to the Guardian, Singles Day shoppers spent over $25 Billion USD in 2017. The day also includes a live countdown show with celebrities and musical performances. The show has drawn over 400 million viewers, 3 times the viewership of the Superbowl.

More about Valentine’s Day in China:

Like China, Spain celebrates many different variations of Valentine’s Day and similar holidays. The difference is that not all of them are celebrated across the country. Instead, different regions of the country have their own unique holidays, traditions, and customs. Marzipan figurines are a popular gift given during Valencia’s Day of Saint Dionysius.

One of these regional variations is the Day of Saint Dionysius celebrated in Valencia on October 9th. This holiday is livelier than your average Valentine’s Day in North America. The Day of Saint Dionysius replaces dinner and chocolate with parades and colorful costumes. There are some similarities though. Giving gifts to loved ones is still commonplace, with marzipan figurines being the traditional gift of choice for many couples. Books and roses are often given on Saint George’s Day in Catalonia.

Another of Spain’s regional variations on Valentine’s Day is Saint George’s Day, held on April 23rd throughout the region of Catalonia. This holiday sees lovers buy each other a variety of gifts, the most common being roses and books.

More about Valentine’s Day in Spain:

Fall in love with travel this year

Valentine’s Day, like many holidays, appears in many different forms around the world. There are also many similar but unique holidays with their own interesting histories and traditions. Whether you’ve got plans for Valentine’s Day, or you’re celebrating Singles Day, there’s too much to see in this world to limit yourself to just one place and one holiday tradition.

Celebrate your love of travel this year. Go abroad and explore a different country and culture. You may fall in love all over again.

5 Travel Tips for Anyone Teaching English in China

What to Expect from Your Job Placement Advisor