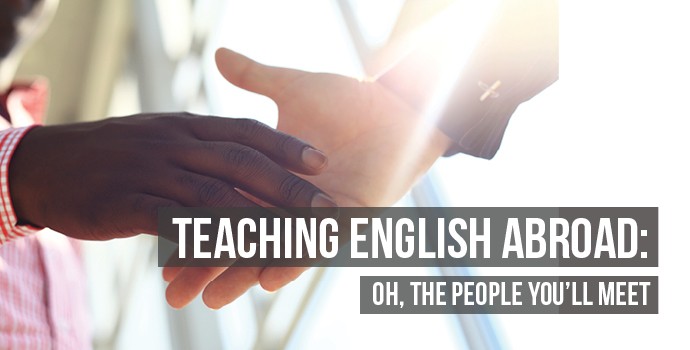 Miles of beautiful beaches. Sunshine. Warmth. Smiles. Pervasive friendliness. Sea salt and ocean breezes. When I think about what I enjoyed most about Puerto Rico, all of these things come to mind, but, above all,  I think about the friendly people who really made my experience special.

People made a point to really connect with one another wherever they were. Hanging out with friends consisted of grabbing a café con leche and a quesito in the plaza of San Germán. People gathered in the plaza to chat with one another in the evening, surrounded by historic buildings like Porta Coeli, the oldest church on the island, built in the 1600’s. In front of Porta Coeli – photo provided by author

One of the most memorable acts of kindness happened when I first arrived in Puerto Rico. After teaching English in Japan and Korea, I knew that I had a passion for teaching and planned to spend a year in Puerto Rico to complete my Master’s degree in TESL. When I first flew into Puerto Rico though, I had just come from South Korea, where I had grown accustomed to an extensive public transportation system. So, when I flew into Mayagüez on a small 8-person plane, I thought it would be no problem to get a cab to the small town of San Germán, about 15 miles away. Little did I know!

In reality, the Mayagüez airport was a miniscule airport that seemed to close down as soon as it got dark. Lucky for me, the woman next to me on the plane struck up a conversation, asking why I was flying into Mayagüez. Before we got off the tiny plane, she made plans for her son to pick us up from the airport and take us to dinner before going on to San Germán. By the time I arrived at the hotel in San Germán, I had dined with one of my professors in the Master’s program and had a date with her son for later on that week!

Although it didn’t work out with my professor’s son, I fell in love with the Isla del Encanto that year, and I stayed two more years. I spent one of those years teaching third grade in a bilingual elementary school in Mayagüez. While the children were easily excitable and rambunctious, they were also loving; giving me constant hugs and telling me that they loved me. I learned along with them, as it was my first year teaching in an elementary school, after a year of teaching adults in South Korea. For instance, when we put on a class play, I learned that it takes many hours of practice for everyone to remember their lines. Still, my students were tireless in their efforts to get it right, and they made elaborate costumes at home that they brought in on the day of the play.

I also met a very caring woman, my landlady, who lived on the first floor of the colorful peach house that I called home that year. I lived on the second floor in an airy space where every room was painted a different color. My room was bright pink, while the guest room was dark purple with aqua accents, and the kitchen was a deep golden color. I felt like I was living at a resort just walking around my house. Who couldn’t be cheerful with such bright splashes of color around? I had a beautiful balcony overlooking the street where I could hang my clothes out and enjoy my morning coffee. My landlady would greet me and ask me how each day went when I got home.

About halfway through the school year, I got really sick and barely left the house. The second day that I stayed home, she came up to check on me, returning with orange juice and soup when she realized that I was sick. I was fortunate that she came up to see how I was doing because I was running low on groceries and wasn’t looking forward to foraging through my kitchen for a meal. She came up to make sure that I was okay several times over the next couple of days, while my coworkers urged me to stay home until I really felt better.

Today, when I get anxious about missing a day of work, I think back to those times, how genuinely concerned people were about one another, and I reflect on the important lesson that I learned from those caring people: things don’t matter; people do. Living in Puerto Rico was an unforgettable experience for me that made me realize that people really do make a place special.

If you would like to experience how people live and interact in other cultures, get started on your own adventure of a life abroad now.

A Nebraska-native, Elizabeth Mosaidis has been teaching English as a Second Language and Foreign Language since 2003.  A year-long volunteer experience grew into a love for teaching, and an impetus to teach abroad. Elizabeth has taught in Japan, South Korea, Puerto Rico, and Spain, before settling down in the Phoenix area, where she currently teaches ESL at Arizona State University.