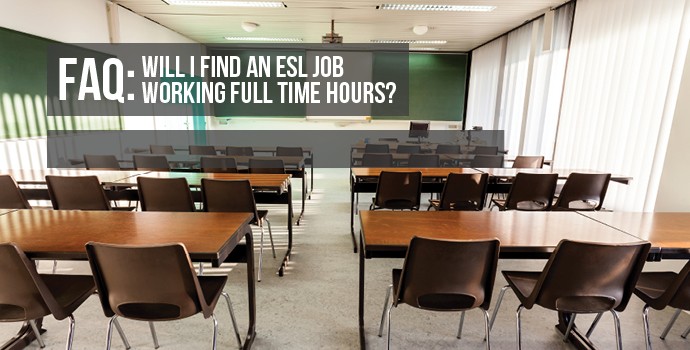 “Not black & white.” Grey. Yes, very grey. This is a good way to describe the terms & conditions of an ESL contract abroad, where written items that should be clear, rarely are. Even worse, legal jargon that – even when written in perfect English —can appear as foreign as the culture you might be emigrating to. Overseas ESL contracts come in many shapes, sizes and languages. Deciphering their true meanings isn’t always a walk in the park.  Sometimes, it’s a marathon. When considering working hours, full time vs. part time positions, and salary, here are few things to keep in mind.

Let’s start by talking about the amount of hours you’ll be expected to work. This is most commonly stated in terms of weekly or monthly, though rarely is the information so clear. Remember, it’s grey! Full time hours in an ESL contract will usually be split into two separate categories: teaching or contact hours, and working hours. The latter includes the culmination of your time teaching, doing administrative work, offering assistance to students outside of the classroom, along with any other basic duties as expected by your employer.

The total teaching hours, on the other hand, are quite literally just that – time spent in a classroom with students, teaching. It is important, then, to keep in mind that while some contracts might state “total hours” followed by, say, “25 per week.” this may not mean your total working hours. Instead, it may refer to the time spent instructing. Traditionally, a full time job will see you working 40 hours per week. But, showing up to a job abroad expecting to work a handful of hours only to find out you’re in it full time, isn’t usually a welcome surprise. Don’t hesitate to reach out to the school for clarification here, as you’ll want to be absolutely sure of these details prior to setting up a new job. In fact, it’s actually better to be proactive and ensure that you’re clear on terms to avoid false expectations on all sides.

Obtaining full time employment abroad is often dependent on the region where you’re seeking to work. The more powerful the ESL market, the better the chances at securing full time work. In fact, in countries like Korea, Saudi Arabia, China, Japan, and many others, full time, or yearlong, contracts with 40-hour work weeks are standard. Anything else would actually be considered something of a rarity.* This is because many of these countries’ schools (be it private institutions of government-run public schools) offer high salaries in relation to the various costs of living, along with (sometimes) strong contract benefits (from paid accommodations to reimbursed airfare). These positions can offer such terms because of their hot ESL climate, but they will expect full use of the agreed upon services.

Part time employment usually does not involve payment for hours spent completing administrative tasks and preparing lesson plans in the office. Rather, teachers will likely be paid for the physical hours they teach, thus they’re paid on an hourly or class-time basis. Now, in some cases, obtaining more than one part time position is possible. Employers that have an issue with teachers working more than one job (which can even include private tutoring) will have this indicated in a contract, but even then, such a stipulation can often be discussed and perhaps even negotiated, if an opportunity comes up. Employers’ main concern here usually is “student poaching,” as there is a fear that teachers might lure away students and teach them privately. If it can be clearly agreed upon between the parties that there will be no such action taking place, employers are sometimes willing to accommodate such a request. This is especially true in weaker ESL markets or markets with lower standards of living, which also means teachers earn a much lower overall salary. In such situations, most common throughout the Latin American countries, supplementing income with side jobs is usually no problem.

Now for the good stuff – that’s right, your salary! Much like the greyness of contractual terms & conditions, your salary might not be exactly as it appears on your contract. This can happen for a number of reasons, including payments into a pension fund and paying taxes. As such, inquiring with your potential employer about items like tax rates and cross-checking those with the country’s Consulate-General’s Office in your home country is often a smart approach. Sometimes, but not always, these details will be disclosed in the contract already. In most countries where you’ll have full time employment as an ESL teacher, the salary is often reflective of those hard-earned hours, and in many cases, will be enough to live on comfortably. When converted, the offered amount may not come across as particularly lucrative, but when comparing it to the costs of living and when factoring in benefits like potentially having apartment costs covered, you might stand to turn a significant profit from a successful completion of your contract. Keep in mind too that many contracts will require you to cover costs for things such as visa fees, though in some cases these will be reimbursed.

Overall, you should expect to earn a salary in keeping with the standards of the country to which you’ve applied as well as one that’s in line with your academic and employment qualifications. Some countries will not have much flexibility in terms of what you can earn, whereas others might work on a fairly wide scale. This can be impacted by individual regions within the country as well as the types of institutions doing the hiring.

Ultimately, when considering the finer points of a contract, be it working hours or salary, or anything else, it’s always a good idea to read through the document carefully to make sure all terms & conditions are well understood. It’s also a good idea to ask questions. It would be better to spend a little time digesting the contract than to get into something you’re unsure of.

*Many university-level ESL teaching positions in China involve teaching fewer hours per week, around 15-18, though the work week may well remain at 40 hours total.