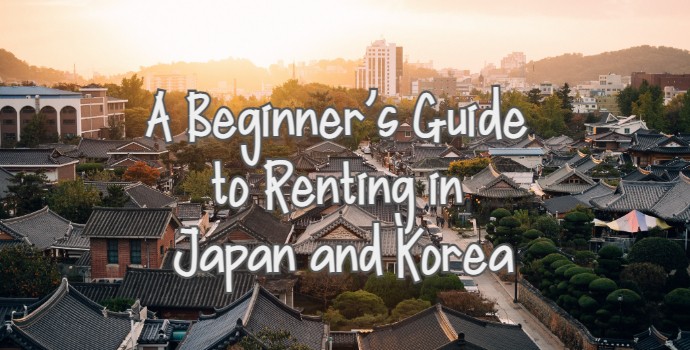 A Beginner’s Guide to Renting in Japan and Korea For new ESL teachers on their way overseas, there’s a lot to think about – contracts, language and cultural differences, how to teach effectively and, of course, living arrangements. In Japan and Korea, this last one can work a little differently than in other countries, and so it seems worthy of a closer look.

When moving to Korea or Japan, you will find that the systems for apartment rentals are similar to Western countries in many respects, but some terms and conditions may be new to the uninitiated. Most notably you will run into a term, “key money”, which will probably be unfamiliar to most. Key money is a bit like a deposit, but with some…key differences. See what I did there? The term also means something different in Korea and in Japan. Since my own experience is with Japan, we’ll start there. In Japan, key money or “reikin” is basically a one-time payment to the landlord upon moving in, a sort of gift to say “thank you for having me”. It is often paid in addition to a typical deposit. It is important to note is that key money, unlike a deposit, is not usually returned. Sometimes it’s been referred to as an “inducement” for a landlord to rent to you, but I prefer to think of it as a “friendly little bribe”.

Also worth noting is that, whereas a deposit is usually equal to one month’s rent, key money may be equal to several months of rent. Exactly how much is completely at the discretion of the landlord, but usually it’s 2-4 months of rent at the most. This can also have to do with how posh the place in question is. The good news is that although this tradition goes back a long way, it is slowly becoming less and less common. Perhaps landlords are realizing that this requirement is more than a little onerous for renters (especially renters from Western countries), but this is only speculation. In Japan at least, this requirement is much less common for newer or larger rental corporations. Further, as the housing market continues to struggle in certain places, even individual landlords are starting to realize that requiring key money may dissuade renters, and this is causing them to do away with it in order to become more competitive.

In Korea, key money isn’t like a second, non-refundable deposit (ahem, bribe). Rather, it is like paying all of your rent in advance. They are two very different things that just happen to share the same name in English, basically. To clarify, instead of the Western model where we first sign a lease and then pay rent month by month, the option exists in Korea to pay a year’s worth of rent in advance, once you have saved up enough, and thereby eliminate the need to pay monthly for the rest of that year. What most people do is instead save that money away, so that they will have key money for another year when the time comes, should they want to stay. Confused yet? I was. Just to make it even more confusing, in some cases you can pay a portion instead of the full year’s rent in advance, and pay month-by-month for the remainder of the year. Or, sometimes you can pay two years in advance, if you happen to have several hundred thousand won just lying around.

In both countries, key money, in whatever form, was one reason why many schools opted to simply provide an apartment, rather than expecting a new teacher to secure one upon arrival. Not only does this save a ton of work for the teacher, but as the school is the one actually renting the apartment, it eliminates the need for key money every time a new teacher moves in. Lately, this is becoming less of a necessity as key money becomes less of a common requirement, but many schools retain the practice in order to offer new teachers an added incentive. Secondary to key money, there is also the fact that many landlords require that renters either be citizens, or have a local to co-sign the lease. This would also be a bit of a nightmare for foreigners looking to rent, but with your school as a “guarantor”, you can get around it. They essentially rent the room and then rent it to you (or in some cases, let you live there rent-free), and take responsibility for whatever may happen. Pretty nice of them huh?

Korea, a country with a high demand for ESL teachers, takes this a step further. Not only will contracting organizations provide an apartment, but in the vast majority of cases, they will pay for it as well, with the teacher only responsible for utility bills. Japan, on the other hand, rarely pays for apartment costs, but to compensate for this they offer salaries that are quite high. Sometimes though, they will offer “teacher’s housing”, which is an option primarily available to public school teachers. Teacher’s housing is a low-cost subsidized apartment, typically in a building owned by the Board of Education or Education Ministry, filled entirely with teachers or government employees, many of whom have to move around for their jobs. Sometimes the costs of rent are half of what you would pay for a similar place elsewhere, or if you’re really lucky, a third or even a quarter as much. In a nutshell, this is why schools or contracting organizations in both countries often provide an apartment. Sometimes teachers will opt to find their own housing, but this is only recommended after having lived there for a while, and if you plan to stay for a few years. Overall, the rental systems in Japan and Korea can be a bit confusing, but thankfully you can rest easy, because as an ESL teacher, you almost never have to deal with these systems directly.