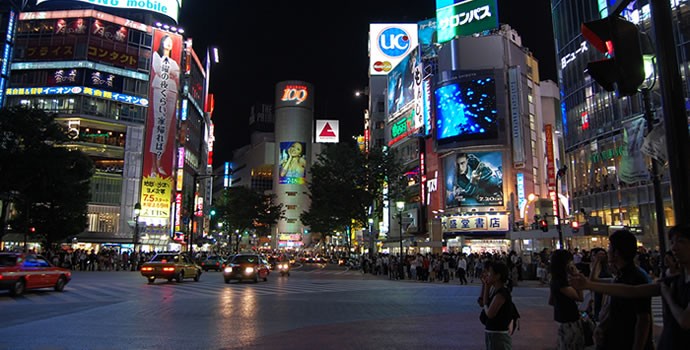 4 Things You Must Do in Tokyo While Teaching ESL

There’s no time in my life I cherish quite like the years I was lucky enough to call Tokyo, Japan my home. Whether you’re teaching ESL in Tokyo like I was, or visiting on vacation, it really is the ultimate city in which to work hard, play hard, and experience the thrill of being overseas to its fullest. I lived and taught English in Tokyo for 13 years

With one of the best and most efficient public transportation systems in the world, there’s no excuse to stay in on the weekends. As much as I loved teaching English in Japan, and loved my students, I couldn’t wait to leap out of bed on my days off and get out and explore my new home city.

Here are just a few of my top picks for adventures that you must do in Tokyo. You can find each of these four attractions within the city itself or just a few hours away. The view of Mt. Fuji from the summit of Mt. Kumotori

The problem with Mt. Fuji is that it’s tall. Really tall. It reaches high into the clouds, and although it’s considered a rite of passage to climb it, it’s crowded, it’s slow going to climb, and it’s incredibly rare to have a photo-worthy view when you finally reach the top, usually wet and miserable. Everyone you meet will say you “need to do it once”, but in my time I always felt that they say it just because they want to share their own misery with you. Which is why I recommend Mt. Kumotori instead. At 2017 meters (about 6600 feet) it’s more than just a hill, and, amazingly, it sits within Tokyo city limits. This means you can reach the base by a combination of subway and city bus. It’s a lovely day trip – and not too steep a climb. Plus, the biggest bonus is that when you reach the summit, you get a perfect view of Mt. Fuji itself. What always made me smile, however, is that, because it’s part of the city of Tokyo, when you reach the summit, there are city garbage cans. I always pitied the poor city worker who had to climb and empty those once a week. The Giant Buddha in Kotoku-In, Kamakura

2. Travel Back in Time in Kamakura

Kamakura is a small coastal city lying about an hour’s train ride southeast of Tokyo. Almost 1,000 years ago, Kamakura was considered the capital of Japan. Walking its narrow traditional streets, it wouldn’t take much to believe that you’ve been whisked back in time yourself. Around every corner, it seems there’s another ancient temple or shrine, including Zeniarai Benten shrine, where pilgrims have traveled for centuries to wash their coins in its springs, in hopes of multiplying their wealth. Or, Hase-dera, with its underground caves featuring statues to the Benzaiten, the Japanese Goddess of the Sea. I always planned my route to end at Kotoku-In, which features the 13.38 meter (43.8 feet) high cast bronze statue of Buddha. Dating from 1252, it has withstood earthquakes, tsunamis, and wars, and is simply breathtaking. The view of the beaches along the Izu Peninsula

3. Swim and Surf on The Izu Peninsula

Lying a couple of hours by train to the south of Tokyo, the Izu peninsula is a gorgeous stretch of coastline, with low mountains sliding down to meet the Pacific ocean along gorgeous beaches. Historically famous as where US Navy Commodore Perry landed in the mid-1850’s, eventually leading to Japan’s “opening” in trade and culture with the West. In the mid-twentieth century, before the advent of mass air travel, it was “the” holiday destination for Tokyoites, much like Niagara Falls in North America was. Today, it is still an ideal weekend getaway for those on a budget. You can travel along the coast, swim or surf in the sea, have a fresh seafood dinner, and relax in a natural hot spring, before settling down to sleep at a traditional Japanese inn. Consider me biased, because I lived only a 15-minute walk away for the better part of a decade, but to me, nothing can beat Shibuya. From the famous “scramble crossing” intersection seen in photos and movies, to the main pedestrian shopping street, crowded from sunrise to long past sundown with shoppers, tourists, and fashionable Japanese teens. From the large multi-storied department stores to the small back alley boutiques. From the sunny outdoor cafes during the day to the bright neon lights and bars and clubs at night. They say that home is where the heart is. Well, in that case, my home is Shibuya -the neighborhood where you can spend a day without spending a dime, or spend 5 minutes and go home with an empty wallet.

Whatever your interests, there is something for you in Tokyo, and in Japan as a whole. The same is true of the world around you. Don’t let yourself miss out on the adventure.

Matthew Snell wasn’t enjoying his post-university job in a gas station, so he decided to go teach English in Japan for a year. He ended up staying for over a dozen. He still prefers to eat his spaghetti with chopsticks when no one is looking.