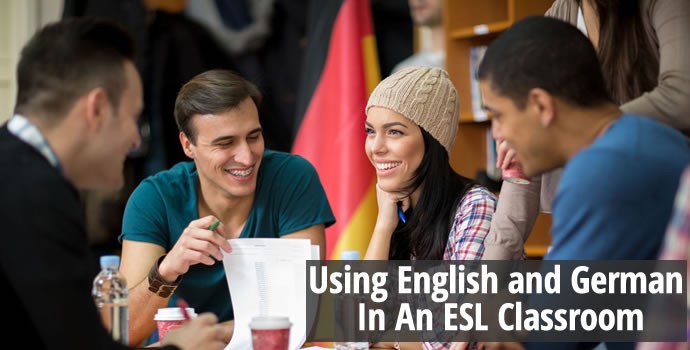 Using English And German In An ESL Classroom

In this video, Oxford Seminars instructor, Peter Connell, speaks about the confusing situation he ran into with his German students when he said the German word, “gesundheit”, after a student sneezed. His high-level students were confused when he explained that English speakers often borrow words and phrases from other languages like German and use them in every day speech, just as other languages do with English words and phrases. This is not only an interesting demonstration of how different languages interact around the world, but also a great example of an off hand comment that Peter was able to capitalize on and turn into a “teaching moment.”

Want to learn more about teaching English and traveling abroad? Visit a free information session or download our course guide to find out where you can teach and learn how to get started!

When I taught in Germany I basically had the opportunity to teach a lot of high level students. They weren’t completely fluent in English but they had a good command of the language. And I do remember one time somebody sneezed and I said “gesundheit”, and growing up here in Canada, a lot of people around me would say gesundheit when somebody sneezed. My German students were surprised I would say that because they say “you don’t say ‘gesundheit’ in English, you say ‘bless you.'” And I told them, “well no, where I grew up we said ‘gesundheit’, I mean maybe just to be funny or make a joke or whatever,” but the students insisted that I was just borrowing the German word, and they insisted that the only thing we say when somebody sneezes is ‘bless you’, and I found that sometimes it was difficult to get the students to actually believe that we borrow pieces of their language from time to time, just like they borrow pieces of our language as well.