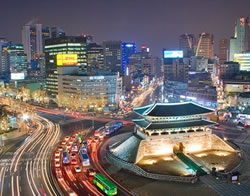 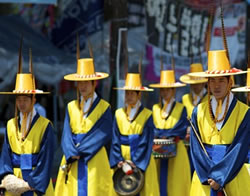 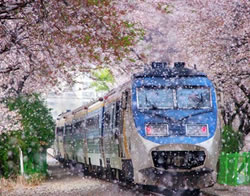 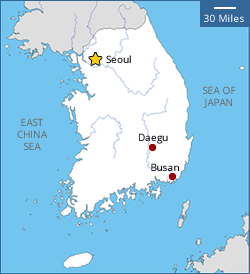 See other ESL teaching opportunities in
Asia
How Much Can I Earn?
Monthly Salary:
2 - 3 million KRW
1,695 - 2,542 USD
Private Tutoring per Hour:
20,000 - 80,000 KRW
17 - 68 USD
Income Tax Rate:
2 - 8%
Ability to Save per Year:
13,000 - 22,000 USD
What Are My Benefits?
Accommodations:
Usually included or allowance given
Airfare:
Reimbursement (full or partial) usually given
Health Care:
Included
Holidays:
Paid
Free Info Sessions
What Will Teaching Be Like?
Teaching Hours:
22 - 30
Typical Contract Length:
One year
Typical Start Date:
August/September, February/March, or year round
Application Timeline:
2 - 7 months


What Do I Need?
Work Visa:
Employer sponsors
Education Requirements:
Bachelor's Degree,
Oxford Seminars TESOL/TESL/TEFL Certificate
Additional Notes:
Private tutoring is forbidden in most contracts; medical coverage will not start until you are legally registered in the country, which can take 30-90 days; public schools strongly prefer at least 100-hour TESOL/TESL/TEFL certification.
Courses in My Area
Thank you for downloading.

There are some English teachers who are not offered accommodations as part of their contract. Although rare, this is more likely to happen in a large urban city like Seoul or for split-shift positions teaching adult students. Positions without accommodations included will typically offer a higher rate of pay or a housing allowance in lieu. In Korea, English teachers typically have a much higher income than that of an average family of four. Finding an apartment and saving some money should be a fairly easy task if one is careful.

Typically, an English teacher should be able to find a single-occupancy studio apartment for between 600,000 - 800,000 Won monthly. Renting an apartment in Seoul could cost a little extra. Most landlords will ask for a 'wolsei' (deposit); the amount is determined by the cost of monthly rent.

Setting up bank accounts for foreign ESL teachers is a typical part of the job for Korean bank employees. Many larger banks try to gain more international business from native English speakers by having on-site translators to ease the communication barrier. It is still best for ESL teachers to bring someone along with them if the bank does not have any staff members that speak English. Many schools will have a bilingual staff member to help their ESL teachers settle into Korea.

Korean banks offer similar services and accounts to other banks around the world, but there are little to no service fees on a Korean bank account, making banking in Korea unique. To set up a bank account ESL teachers should bring a passport, a Certificate of Alien Registration, and their visa. It's important to note that most bank machines close (and are locked) around 10 PM local time. Teachers should also research the location of ATMs that allow international transactions to facilitate withdrawals from American bank accounts, when necessary, as there may only be one or two such machines in smaller cities.

One of the best ways to make an ESL teacher's paycheck stretch a little further is by doing some grocery shopping and cooking meals at home. Eating out in a restaurant is a great way to experience Korean cuisine, and can also be an affordable option. Eating in western-style restaurants generally costs much more. A lot of grocery shopping in Korea is done at the local street market, but there are large supermarkets in cities that will also offer a wider variety of food for a higher price. Below are some examples of typical Korean food prices: