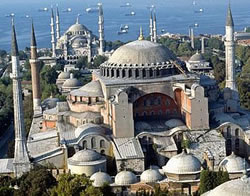 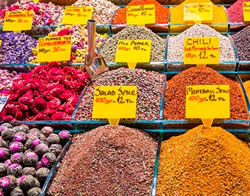 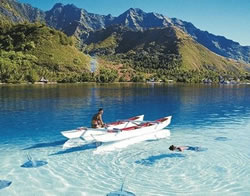 See other ESL teaching opportunities in
Eastern Europe
How Much Can I Earn?
Monthly Salary:
2,400 - 12,000 TRY
227 - 888 USD
Private Tutoring per Hour:
40 - 160 TRY
4 - 15 USD
Income Tax Rate:
15 - 22%
Ability to Save per Year:
500 - 6,800 USD
What Are My Benefits?
Accommodations:
Sometimes included or allowance may be given
Airfare:
Reimbursement (full or partial) sometimes given
Health Care:
Included
Holidays:
Sometimes paid
Free Info Sessions
What Will Teaching Be Like?
Teaching Hours:
25 - 35
Typical Contract Length:
One year or less
Typical Start Date:
August/September, or year round
Application Timeline:
1 - 3 months

Bridging two continents, Turkey is a thriving Eurasian country with a deep-seated history based largely on its proximity to numerous cultures and three seas. With a high demand for English Teachers, Turkey boasts an up-and-coming ESL market which matches well to those seeking adventure and eager to take on an exciting challenge.

What to Know About Living in Turkey

Throughout Turkey are traditional Turkish-style houses which emphasize cultural roots dating to the Byzantine era. The Turks are known for using natural resources to build structures, shaping their homes to fit the surrounding environments, and while they might often appear visually homogeneous, they can vary greatly in style from region to region within Turkey, with city centers having many more apartment buildings than the suburbs. If living in a city like Istanbul, Bursa, Izmir or Antalya, you might be lucky enough to rent an apartment that catches a glimpse of the waterfront.

It is most common for ESL teachers to land apartment-style accommodations, which are sometimes offered through the hiring institution. This can be in the form of receiving assistance with finding accommodation, to having rent fees included as part of the contract. Teachers should note that as with most countries, utilities and internet costs are likely not included in the cost of rent and will still be incurred if one’s school provides lodging free of charge.

Turkey boasts five major international airports, making it easy to travel to various locations in Turkey by air. Obtaining ESL contracts that include paid airfare is sometimes possible in the form of reimbursement, but this is usually at the behest of the school doing the hiring.

Turkey’s healthcare system houses numerous departments, many of which are overseen by the Ministry of Health. Healthcare is provided to all Turkish citizens, with the Ministry governing the building and operating of hospitals, training of nurses and doctors, and regulating of pharmaceuticals. Teachers should expect to receive state healthcare in Turkey as part of a teaching contract if securing a work visa from your home country, but this should be determined well in advance and ideally would be listed in the employment contract. In the event it is not offered, private insurance should be secured ahead of time.

While still improving, Turkish healthcare is not as established as in some other countries. Privately, the healthcare system tends to be more efficient due to better funding from independent sources. Overall and for the most part, one can expect more and better medical services in the bigger cities, while there may be limited access to top quality amenities in the rural reaches of Turkey. As such, it is important to understand one’s surroundings if planning to travel Turkey’s landscapes.

Turkey at one point boasted the lowest retirement age, at 45 years. Since 2009, the qualifying age has increased to 60 for men, while women are able to retire at 58 years. For those seeking employment as a language teacher in Turkey, there is no clear cut-off point, meaning a wide age spectrum of applicants can usually be considered for teaching positions.

Technology in Turkey is on its way up. Most Turks, you’ll find, spend as much time on cell phones as they do talking in person. If bringing your own phone, it can be operated using international roaming for up to 120 days; after that time, the device should be registered to a network.

Internet access is widespread in Turkey and, despite some faulty connections, it tends to be fast and inexpensive. Internet cafés are common throughout the country, especially in the larger cities.

Using forks and knives, as in the Western World, is usually how things are done in Turkey; in formal situations, be sure to hold the knife in the right hand and the fork in the left.

You’ll find there are plenty of American-style cuisines available in the bigger cities like Istanbul, including pizzas, burgers, steaks and even some breweries.

Western-style groceries can typically be found at major international chain stores such as Carrefour and Real Hypermarket, which have locations across the country.

While tipping is a fairly standard process throughout Turkey, when paying a taxi fare you shouldn’t expect to do so, outright. Rather, rounding the cost of the trip up is the common practice unless the driver is carrying around your luggage, in which case a modest tip is acceptable (between 5-10%).

If riding in a taxi and you notice the driver hasn’t started the digital meter, be sure to point this out. Keep in mind that some taxis operate on a daytime or nighttime rate, where the latter will see you pay out up to 50% more for the trip. If you plan on taking a long taxi ride it is a good idea to agree with the driver on a set fare.

Some of the larger Turkish cities like Istanbul, Izmir, Adana and Ankara offer efficient metro and tram systems. These are often simple and quick, costing only a small amount to use; some systems may require you to exchange money for travel coins, which are accessible throughout the stations.

Typically, riding city buses in Turkey requires purchasing a ticket ahead of time from a kiosk, for a fare similar to that found on metros and trams. Sometimes, private buses run similar routes to the city buses, on which the drivers are likely to accept cash in lieu of a ticket.

Turkey boasts a thriving bicycling culture with lots of scenic routes to take. Cycling to and from work, and to the market, is common in most regions. It is important for cyclists to keep in mind that the quality of roads on which to bike will vary greatly from pristine to falling apart, so be sure to bring the necessary equipment and plan your journey accordingly. Turkish fuel stations are superb for ‘recharging’ throughout a long bicycle trip, as there you’ll find all the basic amenities including restrooms, with some stations even allowing cyclists to camp or take a nap out back.

As is typical of most major city centers, taking advantage of the public transportation system is best. However, if you’re keen on driving in Turkey keep the following in mind:

It is important to make sure to get your car insured (if you buy one). To rent a car, insurance will be part of the transaction and you may want to request documentation in English; rental companies will require proof of age (21+ years).

Practicing general Turkish etiquette prior to departure will help gain favor with Turkish citizens. For example, it is quite common to see same gender handholding as well as frequent acts of touching (always above the waist); touching another’s leg in public would be considered highly inappropriate. As well, Turks place a high emphasis on respect for elders. With a deep history governing its customs, it is important to research Turkey’s general etiquette as this will significantly and immediately improve one’s day-to-day life as an expatriate in the country.

Below are some general rules of etiquette in Turkey:

Dining in Turkey can be a cultural wonder for expatriates, as mealtime is seen as an opportunity to take a break from a busy lifestyle, slow down and converse. There are some major differences between Western-style dining and that found in Turkey, for instance, splitting the bill is just about unheard of. Here are some points to keep in mind:

Turkish bathhouses, or hamam, are commonplace in Turkey and are well worth trying out. At any given hamam you can expect to encounter a few different options, with the most typical being self-service or ‘traditional’. Keep the following in mind:

Before leaving for Turkey, ESL teachers should learn the following Turkish phrases, which will help them during their stay. The language is used throughout the country and into Cyprus.

The above are some basic phrases, mostly in a formal tense; the more familiar you become with Turkish customs and the closer you are to the person with whom you’re speaking, you may find that the conversation becomes more informal – more casual – and will use variations on the words and phrases you use.

Turkey is known for the simplicity of its dishes, which are found and revered internationally. Here are some of the more popular dishes and standard cuisine terms you can expect to hear in a Turkish kitchen or restaurant.

Whatever your fancy, Turkey offers a wide variety of scrumptious dishes that can appease the taste buds of many different people. Be sure to practice your Turkish dining etiquette before digging in at a Turkish friend’s house to really impress.

Climates in Turkey will range from piping hot all the way to very cold, depending on one’s location and the time of year. Here are the seasons you will encounter, and the climates they’ll bring:

Spring – Turkish spring months typically last April through mid-June, seeing moderate temperatures throughout most of the country. While rain can be expected at the start, spring is often wonderful and tends to be used for some vacationing.

Summer – Summer, starting in June and lasting into September, is generally hot averaging at 86 degrees Fahrenheit. Vacations to seaside resorts are popular in this season, which leaves some of the bigger cities like Istanbul with fewer locals and tourists.

Autumn – Autumn, lasting from mid-September through October, experiences mostly mild temperatures and shorter days. October in Turkey is known for being fairly rainy.

Winter – Winter, Turkey’s longest season lasting from November through to March, is often cool to chilly, with some rainy spells. The sun lends itself now and again, but the days remain cold averaging at around 48 degrees Fahrenheit.

Of all the natural disasters, flooding tends to be most common in Turkey. That said, even these are not particularly common. If they do occur, it’s often a result of too much rain or aggressive winds causing ocean water to spill over onto land.

Turkey observes a number of holidays, some of which are quite unique. In addition to those listed below, there are some dates that involve half days of celebration.