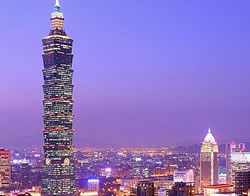 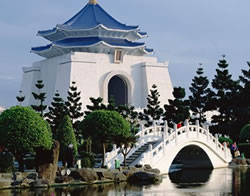 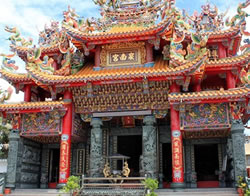 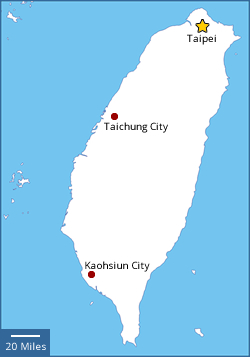 
What Do I Need?
Work Visa:
Employer sponsors
Education Requirements:
Two Year College Diploma; Bachelor's Degree preferred,
Oxford Seminars TESOL/TESL/TEFL Certificate
Additional Notes:
Income is taxed at 18% until one has worked 183 days of a tax year; if working more than 183 days in a tax year the rate is reduced and the difference refunded upon filing taxes
Courses in My Area
Thank you for downloading.

Taiwan’s rental housing market varies between cities and districts, and in terms of lifestyle levels. Taipei, Taiwan’s capital, demands the highest rental prices but are still very affordable in light of world housing costs. ESL teachers typically choose a studio or one-bedroom apartment, while many others choose a three or four-bedroom house and share the cost with other teachers in order to have the conveniences of a larger living space. Monthly rent for a one-bedroom apartment in Taipei can range from approximately NT$10,000 - 15,000. A furnished two- or three-bedroom apartment, which can be shared among teachers, would cost approximately NT$15,000 - 30,000/month.

Most landlords require a two-month deposit and one month’s rent in advance when signing a rental lease for a private apartment, though room rentals may ask for just one month's rent deposit in advance. Utilities are usually not included in the rental price and can range from NT$2,000 - 3,000/month, including internet.

Banking in Taiwan is relatively straightforward if one has proper documentation, which typically includes the ARC (Alien Resident Certificate) and passport. There are two main types of banks in Taiwan: government-run and independent. Foreigners in Taiwan tend to find the independent banks more convenient as they accept foreign ATM cards that have the Cirrus, Maestro, or Plus symbol on the back, allowing withdrawals from abroad. They also issue an ATM card when an account is opened.

Some ATMs still charge a nominal fee for transactions and usually don’t enforce a daily cash withdrawal limit. As well, English can be chosen as an option when using ATM machines. Caution should be exercised when using ATM machines by covering the keypad when entering the PIN, and by choosing an ATM that is centrally located in a bank, mall, or reputable shopping area. Fake ATMs that scrape personal bank information and give a message that there is no cash available are becoming more prevalent.

Banks in city centers are typically open from approximately 09:00 to 15:30 weekdays, and have at least one teller who can speak English. There are several international banks available including HSBC and Citibank.

A couple of tips:

While many items in Taiwan are on par with Western prices, some things are significantly cheaper. The following table provides ESL teachers with examples of the cost of food in Taiwan.